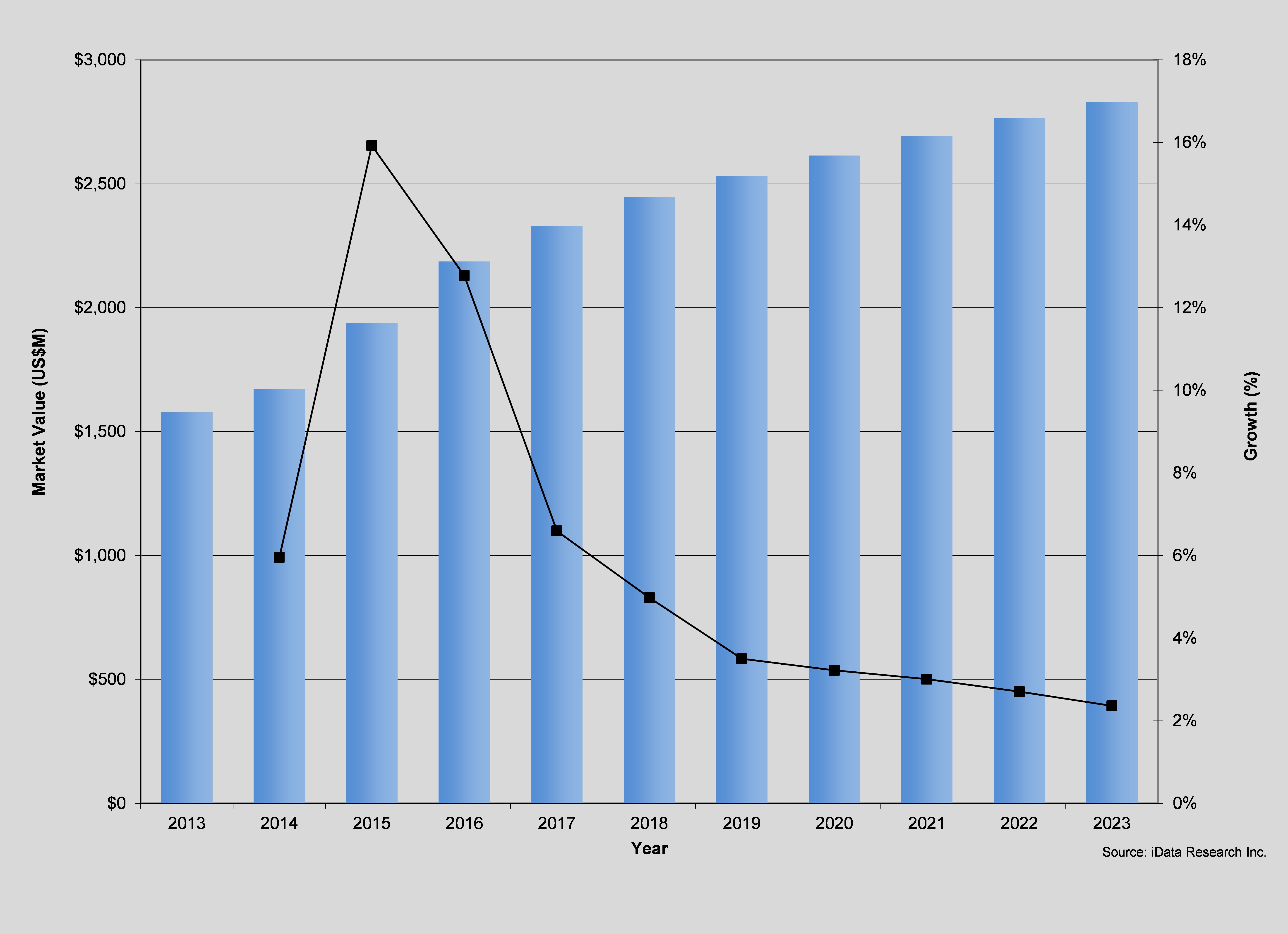 The U.S. market for spinal implants continued to expand in terms of both market value and procedure volumes in 2016. Despite declines in certain traditional segments, both demographic trends and emerging technologies ensured overall growth. Growth in overall revenues for the traditional, non-miminally invasive spinal implant device market (which includes cervical and thoracolumbar fixation, interbody devices, motion preservation devices, vertebral compression fracture devices, electrical stimulation, and instrumentation) is expected to remain stable throughout the forecast period. The only traditional spine segment exhibiting decline was thoracolumbar fixation, due to decreasing prices and the rising preference for alternative devices. 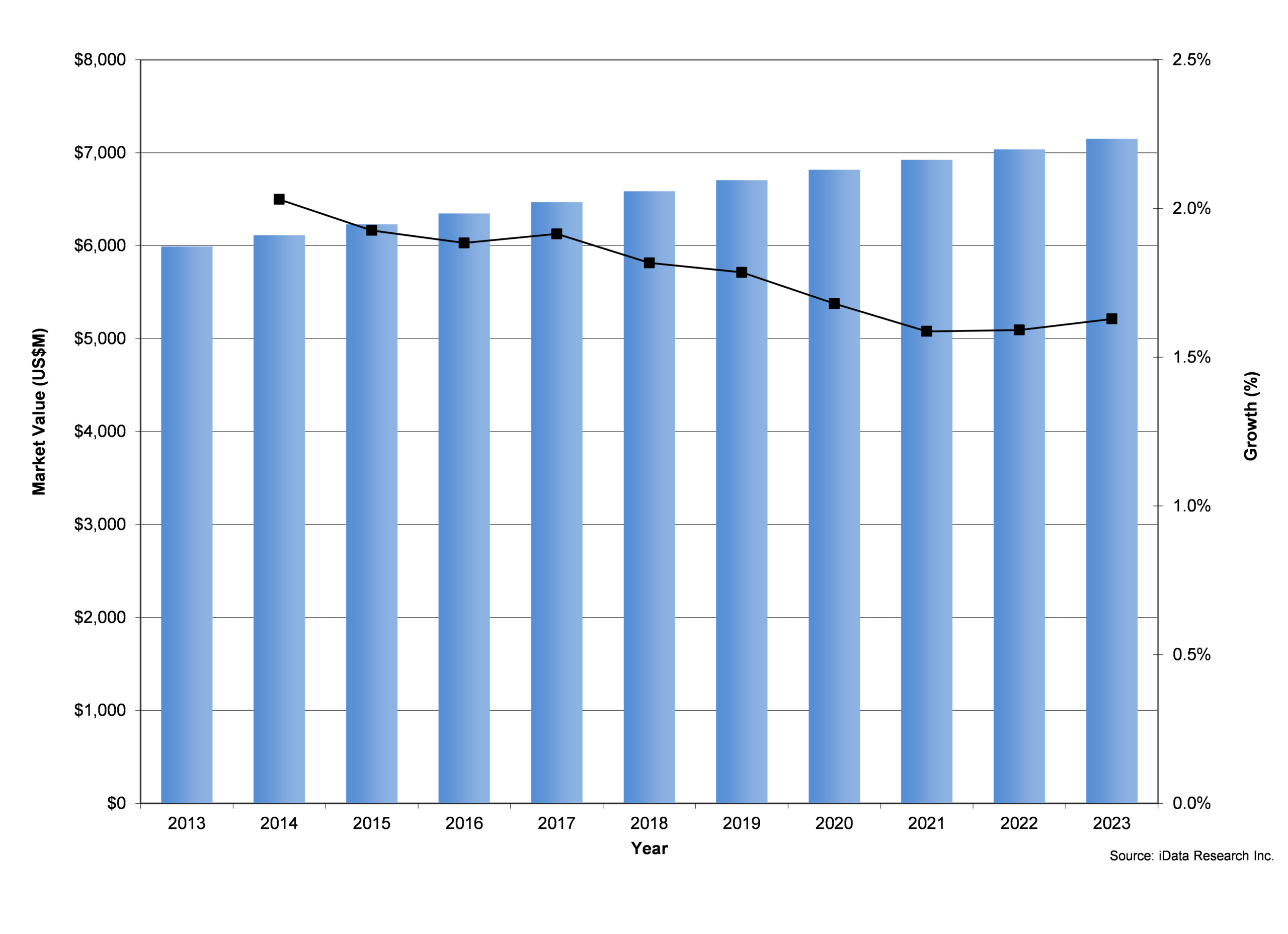 The market growth of minimally invasive device segments is expected to outpace that of traditional segments. MIS approaches such as lateral lumbar (LLIF) and oblique lumbar (OLIF) interbody fusion are expected to increase their procedure volumes significantly. However, decreasing pricing will somewhat offset the growth seen in market value. Growth of the total minimally invasive device market is expected to slow down over the coming years as the market stabilizes. Overall, the patient base will continue to grow driven by key demographic trends, which in turn strongly incentivizes hospitals and manufacturers alike to develop and update their product lines.

In 2017, the demographic of those aged 65 years or more is expected to remain the fastest-growing population in the U.S., increasing more rapidly than the general population. The majority of patients requiring surgical spine treatments fall into this demographic, and this proportion grows further when considering Americans aged 50 years or more. This baby boomer demographic typically leads more active lifestyles than previous generations, and as such is more likely to pursue surgical solutions to spinal issues. This driver is reinforced by another rising demographic: the proportion of the population classified as obese. This condition places strain on the back and can lead to spinal issues, thus increasing the demand for spinal surgical products.

Standard cervical and thoracolumbar fixation devices, as well as standard interbody devices, continue to make up some of the largest product segments in the overall U.S. spinal implant market. The interbody device segment is expected to become the largest by 2023. Of these segments, only the thoracolumbar fixation segment is expected to see a negative compound annual growth rate (CAGR). This is mostly due to the decline in unit sales of single-level degenerative fixation. The cervical fixation market is expected to see strong growth in the posterior fixation segment, resulting from strong unit sales increases of screw/rod products as they continue to displace remaining cable/wire products. Occipitocervical posterior fixation is also expected to see growth in sales volume.

The standard interbody device market has been the most affected by the emergence of new technologies, particularly minimally invasive interbody products and motion preservation. Nevertheless, growth in certain segments is expected to drive overall growth in market value. The market values of the TLIF and CIF market segments, as well as the VBR/corpectomy segment are all expected to see growth, as are interbody procedure volumes for each of these approaches. Furthermore, growth is expected to continue in both the standalone and expandable interbody device segments, with the market value for expandable devices holding a projected CAGR of over 10%. These projections result in a market which makes up for losses in the ALIF and PLIF segments.

The growing patient base in the U.S. has also led to the development of new and sometimes controversial technologies. The motion preservation device market, which includes both artificial discs and dynamic stabilization devices, has continued to remain a major growth segment in 2016. Motion preservation devices are defined by their ability to preserve the spine’s natural motion post-implantation, unlike with traditional interbody devices; both segments are expected to see strong growth into the near future. 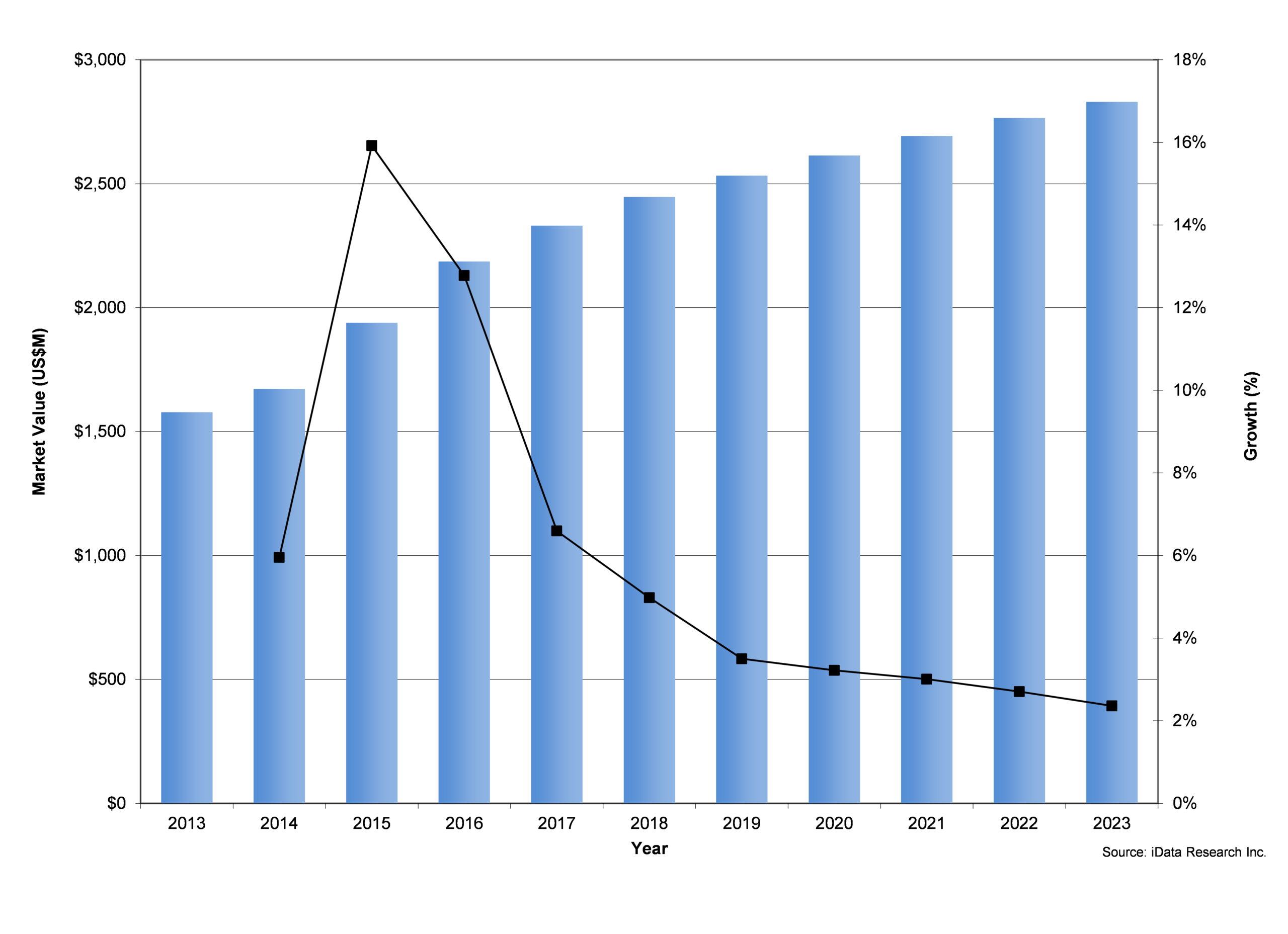 Minimally invasive technologies are also expected to play an increasing role in spine procedures in the United States. In particular, lateral and oblique approaches (LLIF and OLIF, respectively) have generated growing interest and use by hospitals. Thus, LLIF and OLIF procedure volumes are projected to outpace both standard procedures and minimally invasive PLIF and TLIF counterparts in their cumulative average growth rate for the forecast period ending in 2023.

The LLIF segment of the market has been driven by the popularity of NuVasive’s XLIF® procedure. As popularity grows and more products are released in the coming years, the trend of falling prices is expected to continue generating interest. In 2016, more than ten products were available using this approach. The OLIF segment is comparatively newer, and is designed to access L4-L5 levels effectively without having to flip patients as in ALIF or PLIF approaches. In 2016, OLIF procedure volumes were measured at approximately one-third of the number of LLIF procedures. Nevertheless, this segment is also expected to continue growing, counting Globus Medical, Medtronic, and DePuy Synthes among its largest competitors.

Competitive Landscape is Diverse, but Large Competitors Continue to Expand

The competitive landscape for the U.S. spinal implants industry is characterized by a diversity of sizes and specializations. Large multi-segment competitors such as Medtronic and DePuy Synthes operate side by side with numerous small companies specializing in one or two products. Despite increasing competition, large manufacturers have been able to maintain their leading shares over the past several years for a number of reasons. First, pricing caps and regulatory costs are easier for larger corporations to adapt to, as they will have greater resources to invest in development and consistent supply chains. Second, the larger budgets and supply chains of these companies allows them to more easily acquire potential rivals, invest in emerging technologies, and exercise market power.

Nevertheless, other companies have also managed to gain ground, especially due to a continuing shift in preference for newer techniques. While traditionally many interbody fusion procedures have focused on posterior and anterior approaches, the TLIF, LLIF and OLIF approaches are becoming increasingly popular. NuVasive, which is present in both the minimally invasive and motion preservation device segments, has seen considerable growth in past years by putting a focus on such emerging trends.

Overall, it is expected that the above trends will continue into the foreseeable future. As newer technologies and approaches continue to cannibalize traditional devices, smaller companies which focus their investments accordingly will stand to gain alongside large, established competitors.